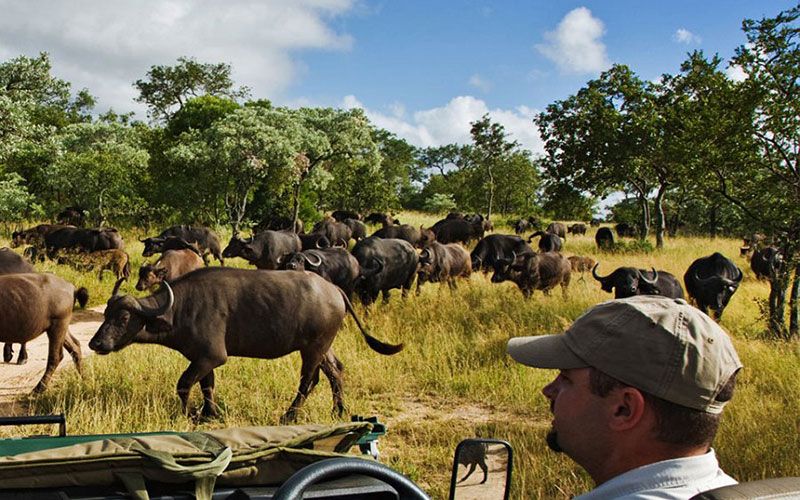 Without a doubt one of the most famous National Parks in the world for safaris and jewel of the South African nation is the
Kruger National Park
. This park houses all the beauty of the flora and fauna of the African continent, occupying a huge area of protected area, with no less than 18,989 km².

It is home to a huge number of impalas and all types of gazelles, more than 30,000 zebras, 17,000 wildebeest, 12,000 elephants …, and thousands of families of the wildest felines roam freely among the roads of this territory of incalculable natural value. The park protects 147 different species of mammals among which of course are the famous “Big Five” (elephants, rhinos, buffaloes, lions and leopards). The real characters that inspired the Lion King movie in their natural habitat, plus many other animals you’ve probably never heard of, such as nyalas, topis or renducas. 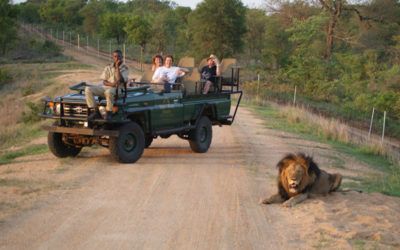 Its extensions border the South African provinces of Mpumalanga and Limpopo, while its northern border is in Zimbabwe and the eastern border in Mozambique. The climate of the area allows you to enjoy wildlife throughout the year, although perhaps during the austral winter it is even easier to see animals due to the lower density of vegetation. On the other hand, with the arrival of spring you will have more opportunities to find beautiful puppies and offspring as well as a greater variety of birds. Without a doubt, the ideal place to experience the authentic excitement of authentic safaris.

In South Africa there are several places to go on safaris, such as the famous Kruger Park, whose total area (no less than 18,989 km²), is divided into public and private spaces. 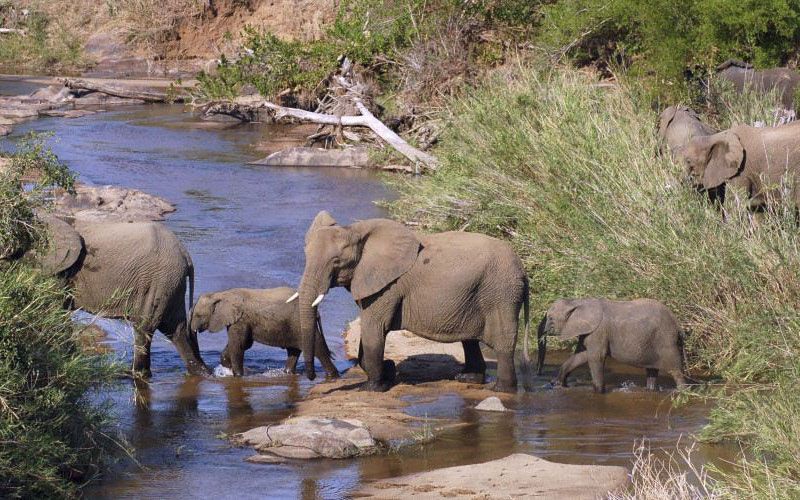 How are they different? As you may have already imagined for its meaning, the spaces of the National Park are public to which everyone has access with their 4×4 car or jeep and are owned by the South African Government. What about Private Reserves? These are concessions in certain parts of the privately run Kruger, and those that only you can go through since you are staying there. “But it is impossible to put doors to the field” you will be thinking. Yes, it is not possible or advisable to separate through human action the wonder nature of which the Kruger is composed, so although there are private access areas, these are not fenced or separated from the public part of the park, thus allowing the fauna to move freely between its borders. These are lines that delimit access to the presence of visitors, not the fauna that inhabits it.

The most important factor is that they include daily safaris carried out in convertible 4×4 vehicles (to facilitate the observation of animals and their photography) by rangers and trackers (professional trackers) who know what they are talking about when it comes to finding and reporting on the animals we witness. The rangers in the reserves communicate by walkie talkie or mobile to find out about the places where the animals are located. You also have access permit, not only in its private territory but to all public areas, of the park, covering much more territory. Only 4×4 vehicles from private reserves are allowed to leave the road and find specimens more easily, making it more likely to encounter the most elusive species or all of the Big 5 with less effort. In the Kruger National Park under no circumstances can you not leave the signposted path!

Another difference is that in private reserves there is a limit of 3 vehicles at specific points when animals are found, thus avoiding accumulation of visitors in the same focus and thus allowing you to better enjoy the feeling of full harmony with nature. This does not happen in Kruger National Park itself, where vehicle congestion in observations (as explained in the following
Kruger Park Service
notice) can be annoying and takes much of the beauty of animal watching away. In addition, there is the opportunity to make night safaris, a unique experience in which you can observe felines hunting under the stars, with the help of special spotlights that the rangers carry in their vehicles. Finally, in the Private Reserves you can enjoy safaris on foot, guided by rangers, which allows you to contemplate the wildlife from another perspective and always with the experience of an expert.

A safari with children. Few parents should think about taking their children on safari, but it is a good idea and it is feasible, contemplating the needs of the family, the other clients of the lodge (who sometimes just want to escape from the children) and the malaria areas. Many Lodges in South Africa and Botswana they only accept children from 12 years old, for the convenience of the other customers (they no longer scream, they no longer get up and do not get scared when they see an animal up close), but booking the jeeps in private yes children are accepted on a safari! So they enjoy quality family time and together they can discover the nature around the lodge, make bush walks and do animal watching together as a family. And if one day parents want to go on safari alone, there are also lodges that offer the collection of children in kids club with children’s activities under the supervision of professional staff. 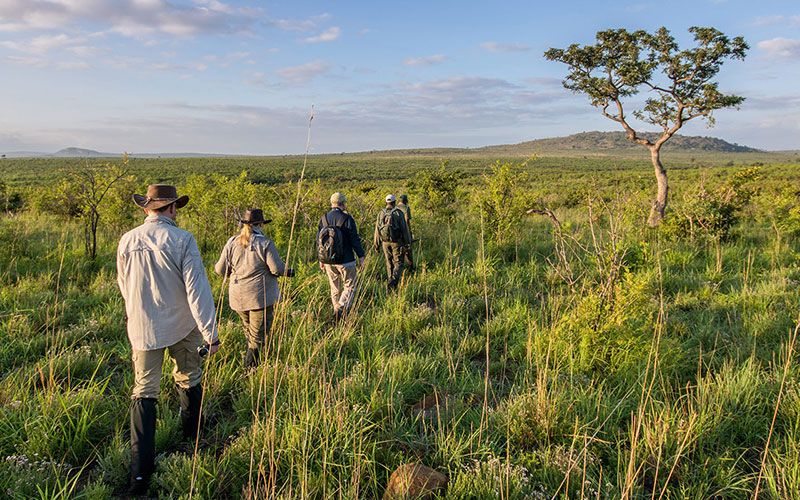 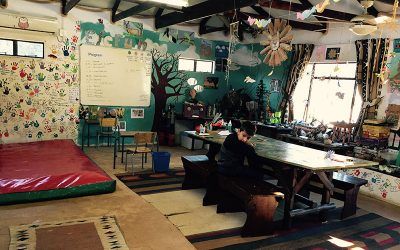 If you feel like preparing a
trip to South Africa
, contact us and together we will design your dream trip.