See the Northern Lights in Lapland 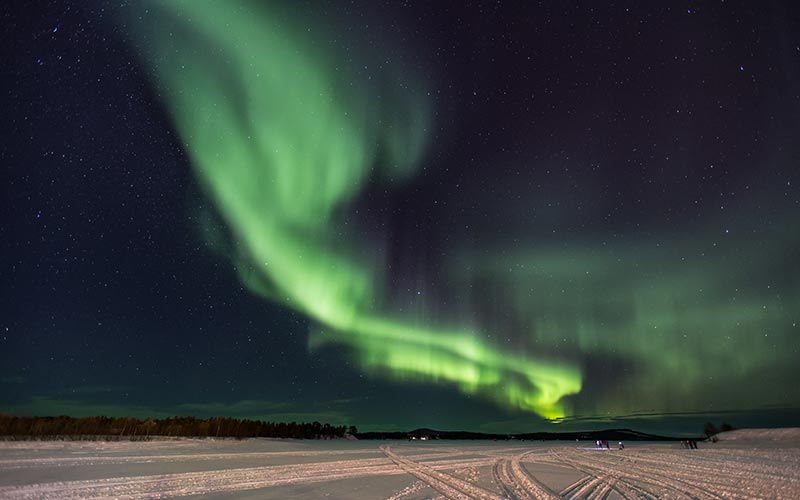 What exactly is the Northern Lights?

The Northern Lights occur when radiation, called wind, enters from the sun in contact with the terrestrial protective sphere. This event causes diffuse light of various colors which is what is known as the Northern Lights.

When do the Northern Lights appear?

For a Northern Lights to occur the atmospheric temperature must be low enough, hence they are more common during the months of the European winter. Although they usually appear between October and March their probability increases in January and February, it can also occur in less winter months.

Where and how to see the Aurora Borealis?

Although areas near the Arctic Circle are privileged witnesses to the Northern Lights, Lapland, a geographical region located in Northern Europe, is the key place to visit the Northern Lights. The further north the eager spectator arrives, the more likely he is to receive his heavenly reward. It is also to be searched in the dark night sky, around midnight and away from artificial lights.

To travel to Lapland to get to know the Northern Lights is to open up to a whole world of possibilities. Being a phenomenon of nature the colors, shapes and durations are changing, which makes each aurora a unique and unrepeatable spectacle. It can last from just a few seconds to several hours, each aurora is unique.

Don’t wait any longer, Next Destinium takes care of everything so that you only worry about enjoying the magical world of the Northern Lights. Contact our Specialist Travel Consultants to Lapland.